Finally, the long awaited film that Arthur filmed years ago in Africa has seen the light of the world. Three hours of pure time split in 15 chapters – full of elephants, wilderness, poachers, traffickers and bicycle-kayak wandering through the forgotten heart of Africa. 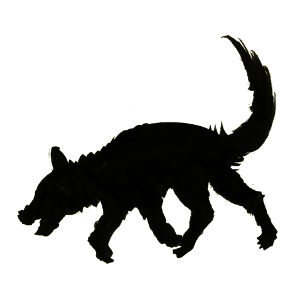 Investigation of the illegal market 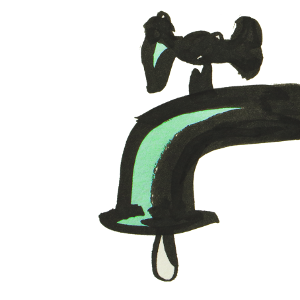 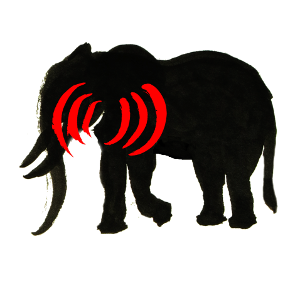 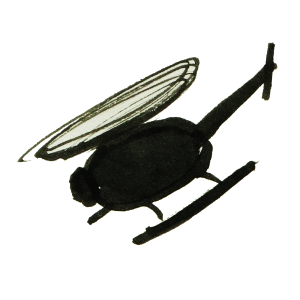 How can you be helpful?

Donate some of your money 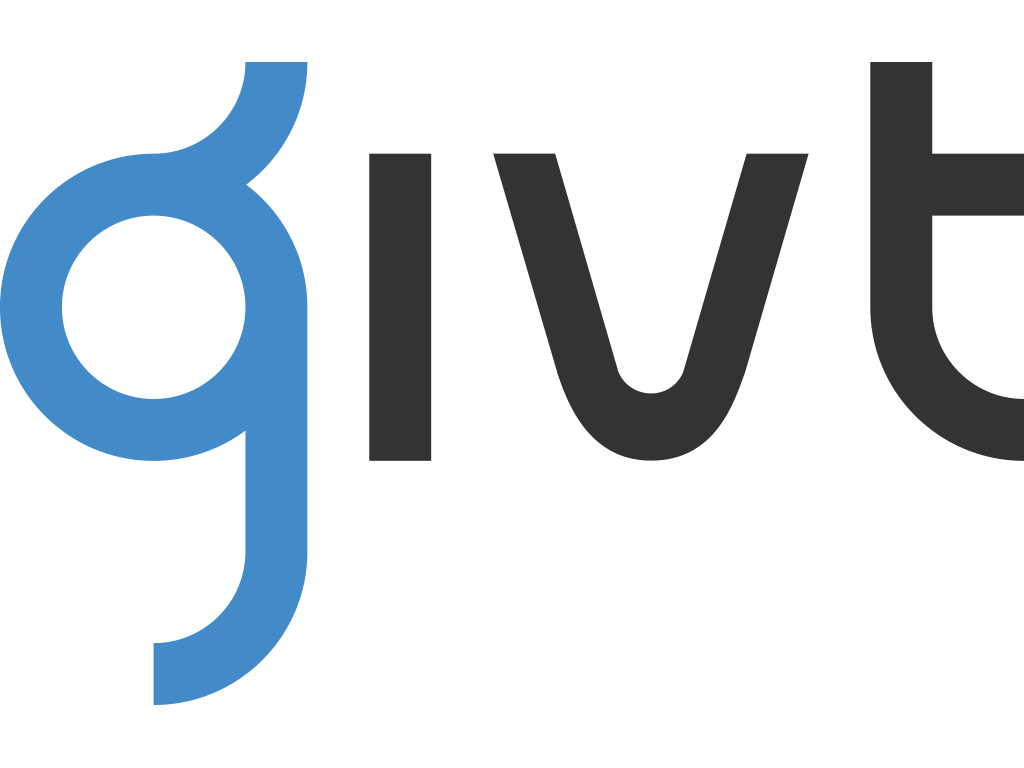 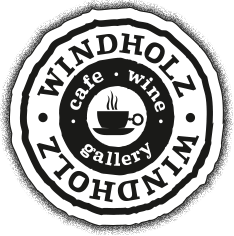 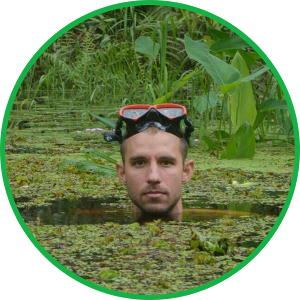 At that time in Central Africa

As a Silesian native from Beskydy mountains (1988, Třinec) I was always close to nature. While traveling with family through Europe, and later by myself or with friends (Morocco, Turkey, Iran,…), I have fallen in love with nature and exploration. I studied high school in Třinec and was building plans for expeditions to Amazonia, Indonesia, Arctic… First, however, after graduating, I traveled for one year through Western Canada, where I taught language, and made some money (gardening, woodworking and coffee-making). I also volunteered at Cochrane Ecological Institute. This was followed by a summer outdoor expedition to the twenty volcanoes of Kamchatka and it’s bears. Then three years of ecological and evolutionary biology studies at the Faculty of Science of Charles University. During that time I began to explore some areas of equatorial Africa and understood the depth of the problems of elephants and other animals poaching. With thesis about the fate of primates in the fragmented environment I ended the Bachelor degree of the University in 2012 and I went “for a year” where I saw myself most helpfull – back to Africa to help the elephants. Thre is a saying “When – if not now? Who – if not us?” and this thought perfectly fit into my belief that the good must be sought. I therefore traveled on bike and kayak for nearly 6000 km of the most remote areas of Cameroon, Gabon, Congo, Democratic Congo, the Central African Republic and Chad to get to know, document and subsequently change the dark reality of poaching elephants for their tusks. My first film “Here be elephants” speaks about the adventure. I have not returned to study and science yet, but I am thinking about it. In Africa, I volunteered and worked in the elephants protection, investigating the illegal trade with ivory and the deployment of detection dogs for the organization of African Parks, LAGA and PALF (EAGLE Network), The Aspinall Foundation. I have the thinking and ideals of “idiot” and I am addicted to beauty – I need to see it, create it and protect it. I feel best in the wilderness, I admire mountains, volcanoes and deserts, I like to photograph and travel on kayak, I am also interested in entomology and beekeeping. However, even at the very edge of civilization, a passion for culture does not leave me – I write verses, I am a lover of music (both African and “ours”, but always the good), dances, theatres and literature, especially the Russian. I like to learn foreign languages. My totem creatures are Raven, Wolf/Dog, Bear and Elephant. I never eat monkeys and in MacDonalds. Long live justice, long live Elephants!

I’ve known Arthur since childhood. He’s like my younger brother. When he told me years ago that the reality of the elephants in Africa was completely different from what people in Europe think, and that he wanted to do something about it, I understood that it was really bad. He was never so determined and energetic before. And while the work for Save elephants is challenging in many ways, I still perceive the same acute necessity and motivation to continue as in beginning. For me, it is a human responsibility. My beloved family supports me in my passion and I enjoy the work a lot. I’m glad we’re in this together.

I joined Save-Elephants already at the beginning of 2013, when the organization was still in its infancy and acted as Arthur’s foundation. At first I just supported it few times. Later my dear friend and fellow student in one, Petra Kubáňová, asked if I would like to help with some “paperwork”. I didn’t hesitate for a minute. The idea of animal protection and Arthur’s passion literally thrilled me! At the beginning it was really just a simple administration, later I started to take more and more responsibility and now I am in charge of almost all accounting.

In my personal life I love nature, mountains, travel and I am also very interested in what is happening to our planet. I try to recycle, respect and protect nature all it’s living creatures. I believe our effort will inspire many others.

During my studies at the Veterinary and Pharmaceutical University in Brno, I wrote a diploma thesis on elephant parasites, which I continued during my doctorate. As part of my work, I visited Malaysia, Brazil, but also Kenya, Gabon, South Africa, Rwanda and Democratic Republic of Congo, and I fell in love with the “Black Continent”. I met Arthur in 2014 after I had been watching the activities of Save-Elephants for some time. In 2015 I went to Brazzaville to take care of pack of Cama’s and Shone’s puppies. Since then I have been helping mostly the Dogs project.

Totem Animal: Lioness, Aardvark, Forest Elephant, Pangolin
Superpersonal: tattoo of Africa with an elephant and an African woman tattooed by African in the African primeval forest
What I get from Africa: baubles, bizarre things like pink statue of Aardvark, functional things like laundry basket 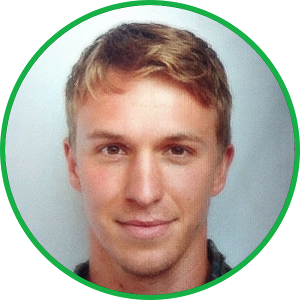 Nature captivated and never stopped to fascinate me from my early childhood. And when I got opportunity to go to Africa as a volunteer to help Save Elephants, I didn’t hesitate for a moment. Since then, I am glad that I can be part of very concrete acts that lead to meaningful goals. 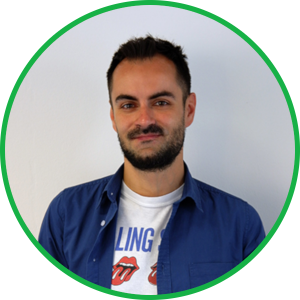 Sometimes it cannot be just a coincidence.
I’ve heard of Arthur and Save Elephants earlier, but last year (2018) I came across a few events in and around Trinec and I realized how important this organization is. And then, one day Petra (Kubanova) contacted me to see if I would be interested in joining them.
Coincidence?!
When I was young I wasn’t interested in drawing castles or cars but I had many pictures of animals and books and atlases about them all over my room. And to this day I am still fascinated by animals and nature. And throughout my travels around the world I keep learning how important it is to protect everything around us or at least contribute something towards its safety.
Therefore do I want to be part of Save-Elephants? Absolutely, yes.

If I hadn’t begun to attend a hobby group of programming in fourth grade, I would certainly become a botanist, biologist, zoologist, entomologist, geologist, anthropologist, or paleontologist. Like this I am just a software architect (read IT guy) with strange hobbies – parapets full of vivariums full of carnivorous plants, Chameleon Vincent in the terrarium of and his insects, saving elephants with Save-Elephants.

Nature and Africa are my two big loves I care about deeply. Not only nature but myself and the inspiring people around me are the source of my energy.
Everything Arthur does for Earth is fascinating and admirable for me. I am often sad to see how we treat nature. I try to be a better person, to learn and to help every day. Therefore, when I first heard about Arthur’s activities in Africa, I knew I wanted to participate in a project like that. I started doing small tasks for Save-Elephants and then got the opportunity to manage their social media. I see this as a challenge for me personally and I am grateful to be able to help with a movement that aims to make such a big difference at a global level. So let’s go for it! 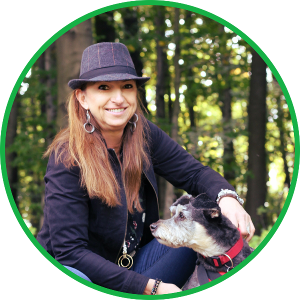 Jana Sniegonová
Honorary member of Save-Elephants z.s.
A strong mother standing behind your back

As a young and free, I dreamed of living and working in Africa for Mr. Wagner. It was still Africa, as we will never know it! Now, in Africa, “part of my essential genes” – son Arthur – is working on rescuing endangered animals. So basically I’m there… I’m there mainly by heart, not just because of Arthur, but because of Africa as such. Who comes there once, she wants to come back again and again! She feels her roots!

I have always cared about nature conservation, so I have raised my two kids in this spirit. I hate a greed, apathy, wealth accumulation and enriching at the expense of others or nature! In my life I try to help and do not harm. An integral part of this is an awareness of your own possibilities, but also the shortcomings and attempts of selfimprovements. Never think that something makes no sense that it is to late for something! It’s never too late – it’s just an excuse for your own comfort!

I love the sun, water, clean air, animals and plants – the beauty always impressed me!

What will be my trace on this very beautiful planet is just up to ME!

We are on same boat 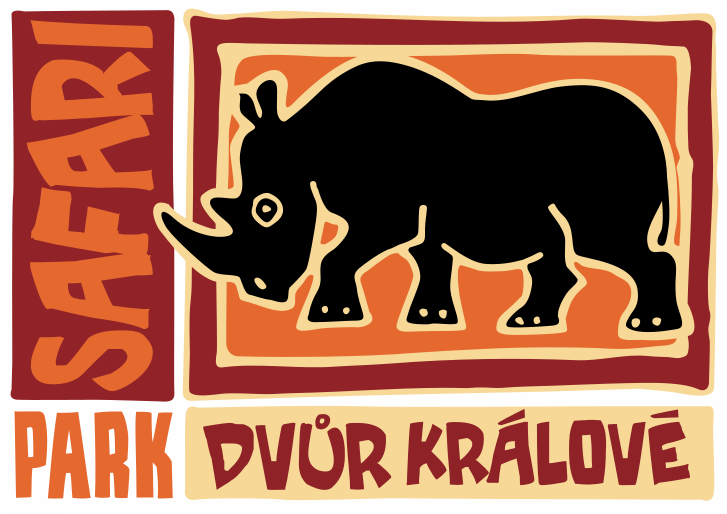 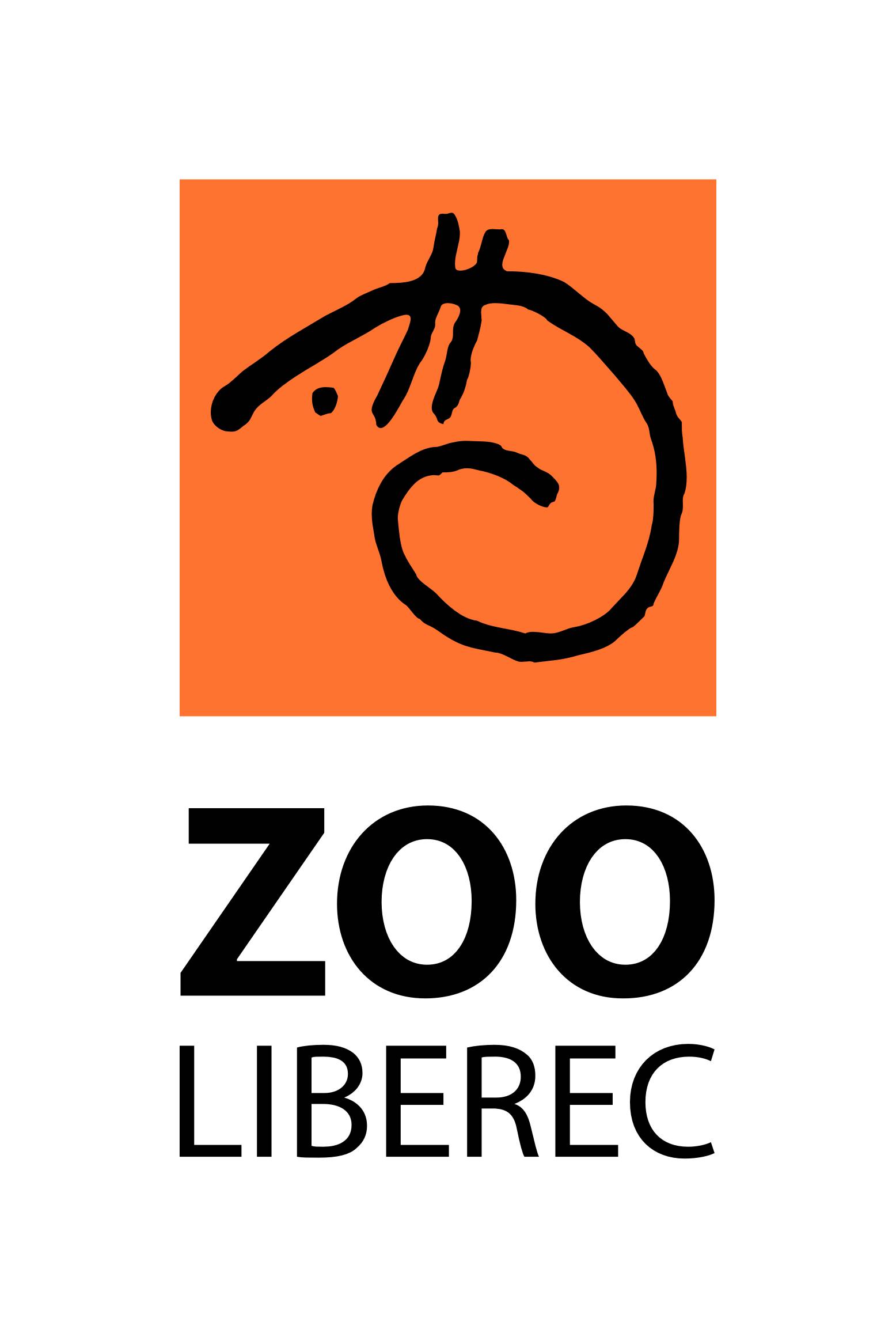 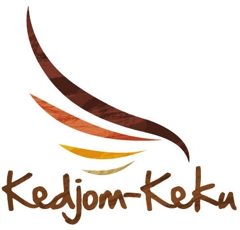 Supporting Elephants with us 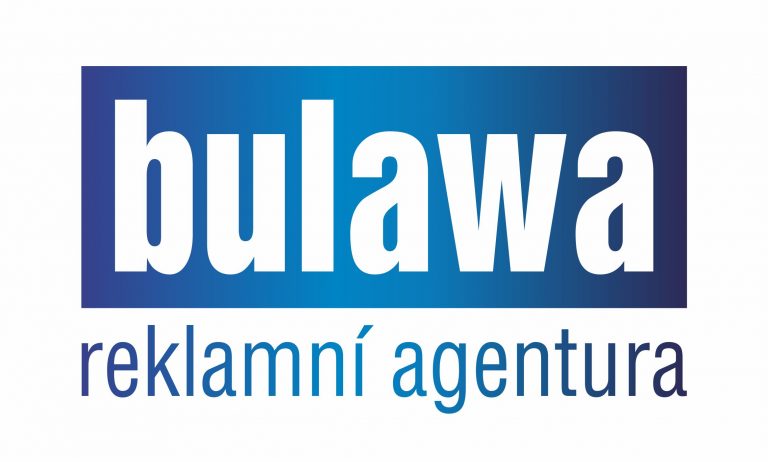 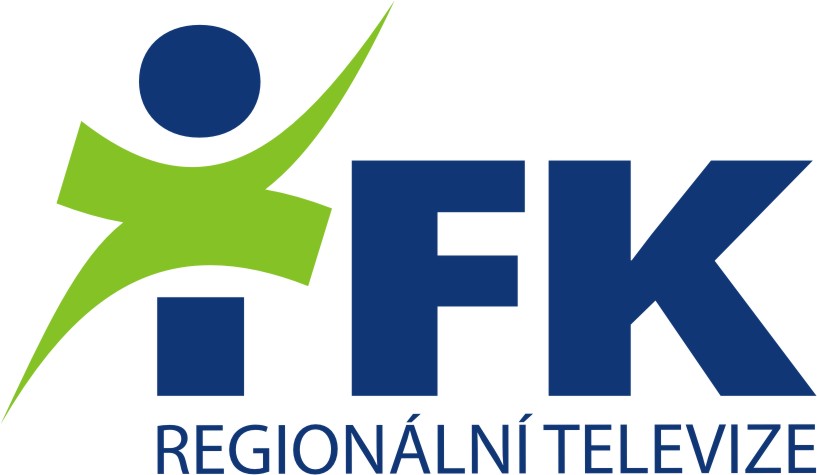 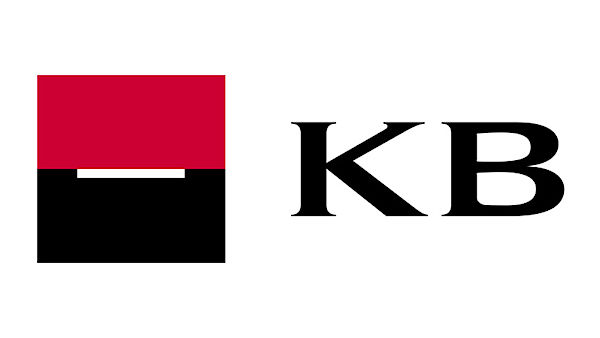